How often does your teen check their social media accounts? Typical teenagers do so multiple times throughout the day. A few weeks ago, Instagram CEO, Adam Mosseri, found himself in the hot seat before Congress. They wanted transparency around how the app impacts the teenage brain. Fully expecting blowback and negative press, Instagram attempted to hijack press coverage that day by launching new features which, supposedly, made the app safer for children. However, they introduced them as “opt-in”, which pretty much left the problem squarely in the hands of parents. Experts have seen this bold play before by Facebook (now Meta), the parent company of Instagram, as well as other tech giants. And unfortunately, legislative changes to limit their intrusive reach into people’s lives consistently seem to lag behind the speed of technological advancements.

So, what exactly is the problem with apps like Instagram and what should parents know? We had a chance to discuss this important topic on CP24.

Research has found that teenagers who spend a lot of time on social media have lower self-esteem and suffer from higher levels of anxiety and depression. Teenage girls, in particular, struggle with body image.

One such study at the University of Missouri focused on the effects of Facebook on mental health. Professor Margaret Duffy, a co-author of the research, said, “If it is used as a way to size up one’s own accomplishments against others, it can have a negative effect.”

Other studies have revealed that people edit photos and only show the ones that make their lives seem more attractive to others. This constant measuring of one’s self against others causes unimaginable amounts of distress. It may create unhealthy emotional patterns in teenagers, who are at the most impressionable periods of their lives. They are just starting to form and develop their sense of identity.

We see many in our practice daily, with the weight of the world on their shoulders. These bright young minds with the world at their feet, tragically feel unworthy of happiness because they are not “good, smart, attractive or popular” as others.

Why Do Teenagers Get Addicted To Social Media?

When your child was small, they most likely couldn’t go to bed at night without their favourite blanket or stuffed animal. These days, teens seem to cling to their smartphones with a similar dependency.

The generation of adolescents who grew up prior to social media would hang out in malls, go to movies, arcades and bowling alleys or simply hang out in parks with pizza. They would make eye contact with one another, talk, giggle and socialize, person-to-person. Today, we still find gaggles of teenagers in malls and other public spaces. But they are hunched over and glued to their phones. Smartphones are the modern way to “hang out” and no teen wants to be without theirs. The human brain is perfectly positioned to become completely preoccupied with social media. Here are a few reasons for it.

Posting a photo of an event from your life or making a witty comment online can draw the attention of people from all over the world. The number of likes and positive comments brings with it an ego boost equivalent to a drug-induced “high”. Many studies have shown that phone activity causes the release of dopamine in our brains, making us feel energized, motivated, and happy. Given their self-regulation capacities are still developing, the teenage brain will find this irresistible. Even adults struggle with the urge not to habitually check their phones hundreds of times a day. These behaviours can transform us into people who only have good days when we receive positive feedback online. Also, the impact of negative comments can quickly break the high and suddenly take us to deep and dark low places.

Instagram and other social media apps have the ability to offer instant gratification, once again, akin to a powerful drug. Wiring the brain for a rapid high can leave some teenagers frustrated when forced to work through real-life situations and problems. Success at sports, for example, comes from consistent practise and long hours of hard work. The lure of instant gratification on social media can cause some teens to struggle through the slower speed and drudgery of everyday life at school and home.

During adolescence, there is a normal developmental urge to orient to peers instead of parents, as the young person works towards ultimately creating their own independent life. This means teens can become overly preoccupied with their place in the social hierarchy. The number of friends, followers, comments and likes on social media apps allow teenagers to relive the popularity contest over and over again. Tantalizing as this may be, it can cause them to undermine authentic connections with loved ones. They may also start giving preferential treatment to their online life instead of face-to-face relationships. Furthermore, your child may experience feelings of jealousy or inferiority because their online “friends” will only showcase biased versions of their lives on social media.

Is Your Teen Addicted to Social Media?

As noted above, social media can take a toll on the growing teenage brain and lead to unhealthy behaviours. Researchers at the Catholic University of Daegu in South Korea found that teens who used their smartphones the most showed troubling psychological issues such as aggression, depression and anxiety. Also, they tended to withdraw more. We need more research on this matter, but one thing is apparently clear. Teens are having trouble curbing their smartphone use. Here are some signs that parents can look out for as red flags:

What Parents Can Do

Here are a few strategies to help wean your teenager off their smartphone dependency.

First, set some rules. Confiscating their smartphone might be too hard-handed and difficult for your teen to accept. After all, during pandemic lockdowns, this may be their only way to connect with friends and peers. So remain flexible and open to negotiations. Start by banning phones from the dinner table. But, of course, this will require you to follow your own rules and set an example

Studies have found that the light from electronic equipment like laptops, smartphones and even TVs, affects our natural circadian rhythm and hinders sleep. Consequently, a “no smartphones at bedtime” rule will benefit everyone in the household. Set a basket in the hallway for everyone to put their smartphones in an hour or so before bed. Then wedge some family wind-down time by reading books, listening to the radio, a podcast or music.

Above all, encourage your teen to start regulating their own behaviours because this is what growing up is all about. Asking for their input before finalizing the rules will prove helpful. However, ensure you are firm about enforcing them.

Some parents will face extreme resistance and even aggression from teenagers over this matter. A child addicted to their smartphone will vigorously defend their right to access their phone at all times. Rather than struggling with the battles and driving your teen to withdraw from you, give us a call. A trained therapist can facilitate this negotiation between you.  We can also offer your child an impartial sounding board to work through their issues and bring balance back into their life.

IF YOU ENJOYED THIS BLOG, PLEASE CONSIDER SHARING IT. 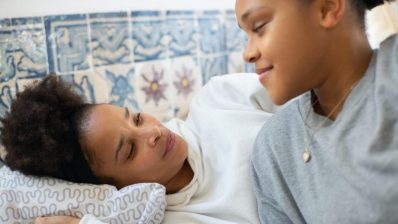 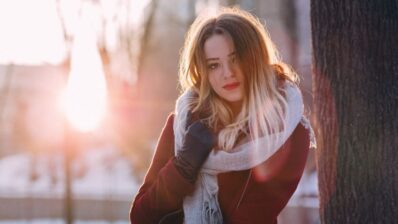 What To Do About Seasonal Affective Disorder

“We wish to acknowledge this land on which the Beaches Therapy Group operates. For thousands of years it has been the traditional land of the Huron-Wendat, the Seneca, and the Mississaugas of the Credit. Today, this meeting place is still the home to many Indigenous people from across Turtle Island and we are grateful to have the opportunity to work on this land.”