In the wake of the revelations of unmarked graves at former residential schools, Canadians are hearing the term intergenerational trauma used frequently in the media. While this topic may be new for some, psychologists have studied it for decades through Holocaust survivors and their descendants. This is an incredibly difficult subject, but also one that requires widespread awareness. As a nation, we must atone and heal for the atrocities of the past. Educating ourselves is the first step in this process. Also, at an individual level, it can help some view their own family history through a different lens. Even if your family lineage does not include genocide, the trauma of poverty, war, immigration etc. suffered by your ancestors can remain influential in your present-day life more than you realize.

Events like war, displacement of family units, forced removal of children from their homes, etc., can expose people to multiple and repeated traumatic experiences. Therapists define this as complex trauma. Simple trauma, in contrast, occurs after a single traumatic event, like a car crash or an isolated incident of physical violence. The pain from both is equally deep and devastating, but complex trauma is much more difficult to heal.

Between 1995 and 1997, Kaiser Permanente in California conducted the largest investigation of the impact of childhood abuse and neglect. The Adverse Childhood Experiences Study (ACES) involved 17,000 participants. Researchers documented their early age experiences along with their current health status and behaviours. This study exposed how complex trauma damages multiple aspects of a child’s normal development. It causes lifelong challenges with mental and physical health problems, substance abuse, and higher mortality rates.

When a child is raised by a cold and emotionally invalidating adult they often lack the inherent insight to bond with their own offspring. Also, kids adapt quickly to environments where expressions of anger put them in unsafe situations. Consequently, they learn to suppress emotions, internalize anger and dissociate from their feelings. In adulthood, such learned behaviours leave them unable to productively work through conflicts, both personal and professional. Unfortunately, such shortcomings can keep them from forming healthy, steady and long-term relationships.

Epigenetics is the study of how genes control cell behaviour without changing the DNA sequence. Depending on whether genes are turned on or off (gene expression), they control the frequency and volume of protein production. This, in turn, determines how cells and our bodies function.

In recent years, this fast-emerging field is shedding light on what would have been considered preposterous just two decades ago. Scientists are coming to understand how a person’s experience and environment alter their biology through gene expression. Multiple studies have shown that descendants of traumatized ancestors are more susceptible to mental and physical disorders. Maternal trauma links directly to babies with poor fetal growth, low birth weight and premature delivery. Maternal stress increases the risk of children developing high blood pressure, diabetes, cancer and heart disease in adulthood.

While the exact mechanism of transmission is less understood, epigeneticists are getting close to providing physical evidence of intergenerational trauma.

Researcher Brent Bezo conducted a study in 2010 to understand the generational impact of the Holodomor which occurred in Soviet Ukraine between 1932 and 1933.  Also referred to as the Ukrainian Genocide, the Stalin regime killed millions of Ukrainians by starvation from a man-made famine created to clamp down on a local independence movement. Enforcers intentionally confiscated household food items, limited grain production, restricted population movement and rejected international aid.

Bezo interviewed 45 people from three generations of 15 Ukrainian families, where the first generation had survived the Holodomor. His study revealed that children and grandchildren mirrored the coping styles of the first-generation survivors even though they did not directly experience the Holodomor. They continued to live in survival mode, were preoccupied with food supplies, hoarded goods, struggled with self-esteem, exhibited risky behaviours and had difficulty trusting people. These behaviours kept them from developing strong social bonds.

Many adults today grew up in homes where they were hit, beaten and verbally abused, all in the name of discipline. Parents who enacted such behaviour likely experienced the same from their parents during their own upbringing. Thankfully, times have changed and what was acceptable a generation ago no longer is. We now recognize corporal punishment, sexual abuse, emotional abuse and neglect as known causes of childhood trauma. Scientific evidence is clear about the foundational stability that children require in their formative years. Neuropsychiatrist Daniel Siegal outlines Four S’s that children need to form secure attachments to their parents or caregivers: Safety, Security, being Seen and Soothed. When these vital and rudimentary attachment needs are ignored by caregivers, children end up with an inability to process emotions in a healthy way.

Consequently, mental health workers should also assess their client’s problems through the lens of intergenerational trauma. Modern therapy techniques now allow trauma-informed therapists to help clients in two ways. First, to heal, and second, by empowering them to stop the trauma from cycling down to the next generation.

In 1884, the federal government of Canada introduced residential schools and funded them as a cornerstone of their policies to erase Indigenous culture, languages, and traditions. They amended the Indian Act to permit the forcible removal of 150,000 Indigenous children, some as young as 4 years old, from their homes. Local authorities placed them into the care of adults who physically, emotionally and sexually abused them. Many suffered malnutrition and some were murdered. Shockingly, residential schools operated for hundreds of years with impunity, well into the twentieth century. The last one only closed recently, in 1996.

Even though it began centuries ago by early European colonizers, the impact of those ill-conceived policies lives on today without closure within Indigenous communities. Survivors and their descendants have suffered for generations with double the rates of depression and up to 11 times higher suicide rates compared to the non-Indigenous populations in Canada. They are over-represented in the Federal penal system at over 30% when they only make up 4.5% of the population. 25% live in poverty and higher levels of anxiety and PTSD leave them more susceptible to substance abuse and diseases like Type 2 Diabetes.

The experiences of the Indigenous community affect all Canadians, directly or indirectly, through our healthcare, legal and social security systems. Time has arrived for all of us to acknowledge the full impact of their intergenerational trauma. We also need to appreciate their understandable mistrust of outside intervention. First Nations communities want to use their own methods to heal, revive their languages and rebuild their cultures.

So what can non-Indigenous Canadians do? Interestingly, First Nations groups have provided answers to this question. We can donate to organizations that provide support for residential school survivors, or volunteer with them. Acquiring first-hand knowledge from the Truth and Reconciliation Commission Reports can help us gain an accurate historical perspective of what went on. We can support Indigenous artists, business owners, journalists and community organizers. And above all, we can listen to and respect Indigenous communities as they work through their grief over the unmarked mass graves at residential school sites, many of which still remain to be discovered.

IF YOU ENJOYED THIS BLOG, PLEASE CONSIDER SHARING IT.

Does Emotional Eating Get You Down? 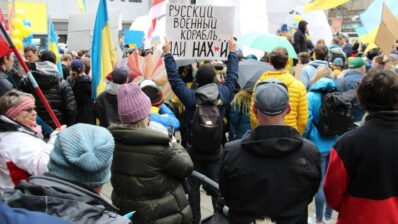 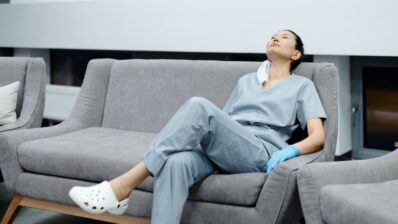 Overwhelmed by the Sixth COVID Wave?

“We wish to acknowledge this land on which the Beaches Therapy Group operates. For thousands of years it has been the traditional land of the Huron-Wendat, the Seneca, and the Mississaugas of the Credit. Today, this meeting place is still the home to many Indigenous people from across Turtle Island and we are grateful to have the opportunity to work on this land.”